The WordPress.com stats helper monkeys prepared a 2013 annual report for this blog.

A San Francisco cable car holds 60 people. This blog was viewed about 3,000 times in 2013. If it were a cable car, it would take about 50 trips to carry that many people.

Reflections on a First Tour

I’m nearly done here.  It’s time to move on.  My replacement has arrived and she is learning to take over my responsibilities.  This is the nature of this business; you move to a place, finally settle down and begin to understand what motivates the people that live there, and then it is time to say goodbye.  As the days begin to pass more quickly and my colleagues begin positioning themselves to manage our office’s responsibilities without me, I find myself clinging to relevance.  A relevance that is likely imagined, but seemed real every once in a while.  I realize now that I am in no hurry to relinquish my life as a Political Officer in Bahrain, but I know that is exactly what is happening, whether I like it or not.

END_OF_DOCUMENT_TOKEN_TO_BE_REPLACED

Getting Juiced About Honduras

This post is long in the making.  As I sit here drinking my breakfast of apple, pear, celery, and ginger juice I want to make two quick statements: we are going to Honduras for our next post, and I’m grateful to my friend for getting me the most awesome wedding gift, a juicer!  The Breville Juicer (no this isn’t an advertisement) is awesome!  Thank you to an unnamed friend in Seattle who hooked me up.  It will be making the journey with us to our next posting in Honduras.

END_OF_DOCUMENT_TOKEN_TO_BE_REPLACED

Cosmopolitan = Out of Touch 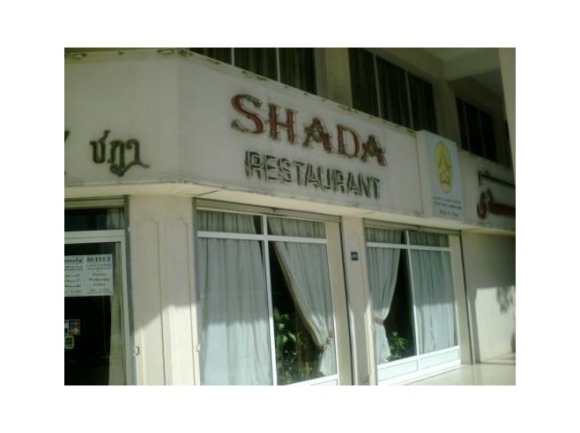 So, two of our counterparts from the Thai Embassy took a couple of my colleagues and myself to lunch the other day, and I had no idea what to expect.  I had been to the restaurant they suggested, Shada Restaurant, a hole-in-the-wall place two minutes from the Embassy (could totally walk there if it wasn’t 150° and humid), but the dish I ordered the first time I was there was nothing to write home about, so I was a little concerned.  We suggested a Thai restaurant we know and love, but they politely declined in favor of Shada.  Then our Thai friends ended up being about ten minutes late, the norm for Arabs, but a little surprising for Asian diplomats.  But, that was all I could find fault with for the rest of the two hours we leisurely enjoyed in the restaurant whose decorations and fish tank can only be described as bold (kitschy).   END_OF_DOCUMENT_TOKEN_TO_BE_REPLACED 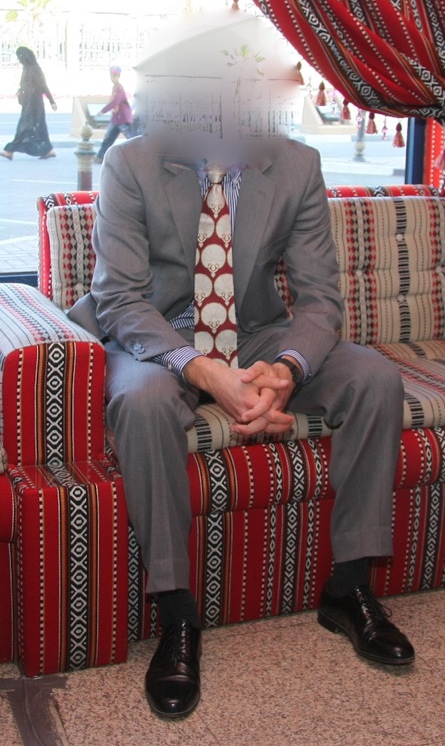 Does that tie even match?

We joke at work about having to don the “monkey suit” for work each day.  The uniform of a modern diplomat consists of a suit and tie for most.  There is legend of a few political officers in steamy tropical regions wearing slacks and polos and sipping cocktails on an embassy porches overlooking a white sand beaches.  I’ve even heard that suits may not always be required in some sections at my next Post, but here in Bahrain, they are standard.  So, each morning I go through the routine of figuring out if my tie matches my shirt or if I have remembered to match my shoes with my belt (if I remembered to wear a belt that day). END_OF_DOCUMENT_TOKEN_TO_BE_REPLACED

This blog is not associated in any way with the U.S. Department of State. The views expressed here are my own and do not necessarily reflect those of U.S. government or any of its agencies/departments.